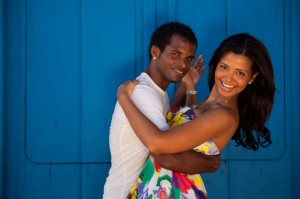 Did you know that the dance called “salsa” might not be what you think it is? It is actually a particular style of Latin dance that was developed in New York by Puerto Rican and Cuban immigrants in the 1960’s and 1970’s. The original dance that the Salsa was inspired by was the Cuban Son. Son, a Spanish word meaning sound, was from the 1940’s and also referred to a particular type of Cuban music style. Like the population of Cuba, this type of music was to combine influences of its mixed culture. That is probably why the Salsa has strong African influences as well as Cuban.

Similar to how Salsa was born from the Cuban Son when it came to New York; different versions of Salsa emerged as it traveled through different places and countries. Changes in the dance could range, but it usually was just slight variations in timing that would be the only changes made to the dance. Some of the different styles of Salsa dancing include Columbian or Cali Style, Cuban or Casino Style, Miami Style Casino, Salsa Rueda or Rueda de Casino, Los Angeles Style, and New York Style. As you see, the Salsa traveled across Latin America and North America, but it also made its way around Europe, Australia, and even parts of Asia and the Middle East.

As interesting as the history of Salsa is, it is much more enjoyable if you learn how to dance the Salsa. Dance FX Studios in Mesa, Arizona, has private Latin dance lessons and group Salsa dance classes. To get started with private Latin lessons, we have an introductory offer of $40 for an hour-long one-on-one dance lesson. Salsa group classes are held each month for 4 consecutive weeks. Check out our group class schedule for upcoming Latin dance classes.

Give the Gift of Dance Lessons in Arizona This Mother’s Day, 2014