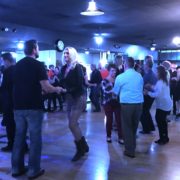 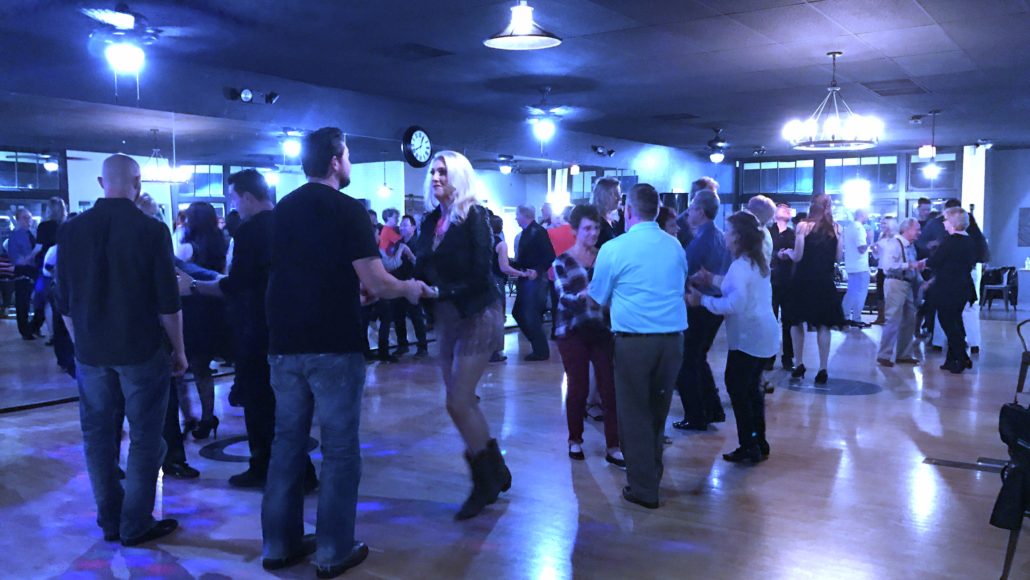 Tickets are selling out quick for a Swing Dance Party on Saturday, March 25th, 2017 that you won’t want to miss! Held at Dance FX Studios in Mesa from 7-10 pm, our party will feature Arizona’s premiere Oldies Band, Come Back Buddy.

At Dance FX Studios, each event is a one-of-a-kind experience, and this one is no exception. Now you may be wondering if you need dance experience to attend the festivities. Absolutely not! If you love live music, especially music by Come Back Buddy, and you want to learn to dance, hang out and meet new friends, and support a worthy cause, this night is for you!

Our party will be jam-packed with excitement for you and your guests.  From amazing food catered by Macayo’s Mexican Restaurant, and a cash bar, your evening will just be getting started. A Swing Dance Class for all levels, Special Dance Performances, Refreshments, Dessert and General Dancing is also included. Phew! What a night!

All of the proceeds from the cash bar, and a portion of your entrance fee, will be going to the charity Medicine for the People. If you haven’t heard of this cause, they advocate and educate people on alternative and natural means of healing, rather than (or in addition to) going the traditional medicine route. Throughout the event, donations will also be accepted to help fund this local, worthy cause.

Dance FX Studios’ Events are open to the public, so invite your friends to join in the fun! Tickets are just $35 per person, or 4 tickets for $120. They can be purchased online through our secure website. Hope to see you there! 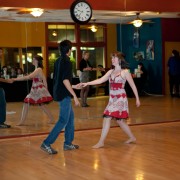 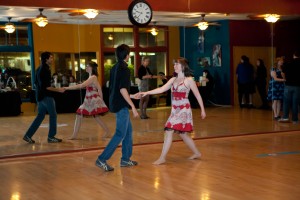 Ahhhh, Swing dancing! It’s exciting, versatile and so very useful! In fact, there are now more than 25 variations of Swing dancing. Varying styles include the East Coast Swing, Country Swing, Lindy Hop and the intriguing West Coast Swing. Before we get into why West Coast Swing in particular is so awesome, let’s answer a few questions surrounding the dance; What is the simple definition of West Coast Swing and discuss a bit of it’s background.

What in the world is West Coast Swing?

The definition of West Coast Swing (WCS) is: a partner dance with roots in Lindy Hop, characterized by it’s specific elastic look that comes from its basic extension-compression (“rubber band”) technique of partner connection. It’s mainly danced on a slotted area of the dance floor and allows for both partners to improvise steps while dancing together, putting West Coast Swing in a short list of dances that put a premium on improvisation.

Typically the “follower” walks into new patterns traveling forward on counts “1” and “2” of each basic pattern, rather than rocking back. Traditional figures include 6-count and 8-count patterns of one of the four basic varieties: (1) Starter Step, (2) Side Pass (Left or Right), (3) Push Break / Sugar Push, (4) Whip. Virtually all other moves in WCS are variations of these basic patterns. The Anchor Step is a default ending pattern for many West Coast Swing moves.

West Coast Swing seems to have been born during the late 1930s through early 1950s, the same time-frame of many of the other forms of Swing: Lindy Hop, Jitterbug, Balboa, Shag, East Coast Swing, etc). West Coast Swing, as the name implies, was the regional form of Swing dancing in California and the west coast of the U.S.

There are many theories on people who influenced West Coast Swing’s development. Some say that Dean Collins, was influential when he arrived in CA in 1937 after learning and dancing Savoy style swing in New York City. Others say that Arthur Murray taught people the dance he had learned in California, even though he called it “Western Swing” (a name that is often misleading since West Coast Swing is not specifically done to country music). The dance was being called California Swing and took on the contemporary music of the time; in 1978, the dance was documented as West Coast Swing; and in 1988, West Coast Swing became the state dance of California.1

From the late 1980s through present dance, West Coast Swing has become recognized as one of the most versatile dance forms. Dance events specifically featuring this dance from 1980 to 2000 helped to expose dancers around the country to a dance that can be enjoyed to traditional swing, blues, R&B, some Cha-Cha, some Samba, and a lot of popular/contemporary music. Since 2000, the internet (YouTube) and variety shows such as “So You Think You Can Dance” have propelled West Coast Swing into the forefront.

Today, West Coast Swing can be found throughout the United States and Internationally. There are instructors, dancers and events in the USA, Canada, France, England, Russia, and Australia.

So why learn West Coast Swing?


West Coast Swing is highly engaging and moderately challenging and since it can be danced to a variety of tempos, it can be a slow, medium or fast dance. The attitude and style of the dance can vary in interpretation depending on the type of music your dancing it to; from flirty and fun to sexy and relaxing.

Unlike many other dances, West Coast Swing can be danced to many different genres of music from Pop, R&B, Contemporary, Country and most Top 40 music. This allows people to pick and choose an “infinite” amount of music with which to dance to and makes it attainable for a large spectrum of age ranges and abilities.

Its smooth and sometimes sexy quality also allows for a large range of freedom of expression and lyricism. Couples can therefore choose whether to have a “fun” or “intimate” style of dance. Best of all, West Coast Swing can adopt many movements and styles from other dances such as Hustle, Tango, and Salsa

It allows dancing to be a conversation instead of a lecture.

Most styles of partner dancing like the Country Western Two Step, Jitterbug or Bachata have a locked rule of who leads and who follows. West Coast Swing allows leaders to lead both assertively and by “invitation”, which in turn gives followers freedom to “play” and groove with music independently from the leader. This makes West Coast Swing really unique compared to most partner dancing styles.