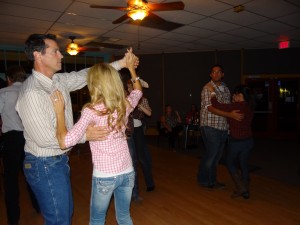 The Many Styles of Waltz

Ahhhh, the Waltz. A beautiful, elegant dance that reveals a couple floating around the floor with ease. The Waltz is a staple in American Ballroom dancing, but did you know when or how it originated? Here are some fun facts about the history of the Waltz.

There are several references to the Waltz being performed as early as the 16th century. It was well known for and characterized by the man holding the lady with his hand on her waist in a mostly closed position.  This close embrace was scandalous at the time and it

was met with outrage in later centuries when it reached a higher status.

In the early 18thcentury, upper class individuals were dancing more conservative, traditional dances while their servants and peasants were enjoying the Waltz’s quicker pace and novel moves. Some of the bored attendees of the upper class gatherings actually snuck away to the balls of their servants to liven things up! A little later, in the 1780s, the Waltz was popularized and shocking to many in Vienna. It continued to spread in the years following, and during the Regency period (1811-1820) it became trendy in Britain. It was endorsed by a Russian ambassador’s wife and became more respectable with its increasing recognition. In this same era, the dance was permitted in London’s most exclusive club, Almack’s, despite the “indecent” and “outrageous” reputation it held. The world of dance is an ever-changing thing, and the Waltz became the basis of creation for many other ballroom dances. In the late 19th century, the tempo of the Waltzes being written were slowed down and different steps and turns were incorporated, using more backward and forward movement than the original Viennese Waltz. New styles of the Waltz developed, incorporating different types of music and the stylizing and culture of individual dancers.

Now, the waltz has a mind-boggling amount of versions. Here are just a few:

Today both the faster Viennese Waltz, and the slower American and International style Waltzes are extremely popular with dancers of all ages.

Now that we’ve sparked your interest, come learn the Waltz for yourself!  Here at Dance FX Studios in Mesa, AZ you can learn to Waltz, along with many other dances like Salsa, Cha Cha, Tango, even Country Swing! Try us out with our private ballroom dance introductory lesson for just $40 and see how much fun it is to learn to dance.